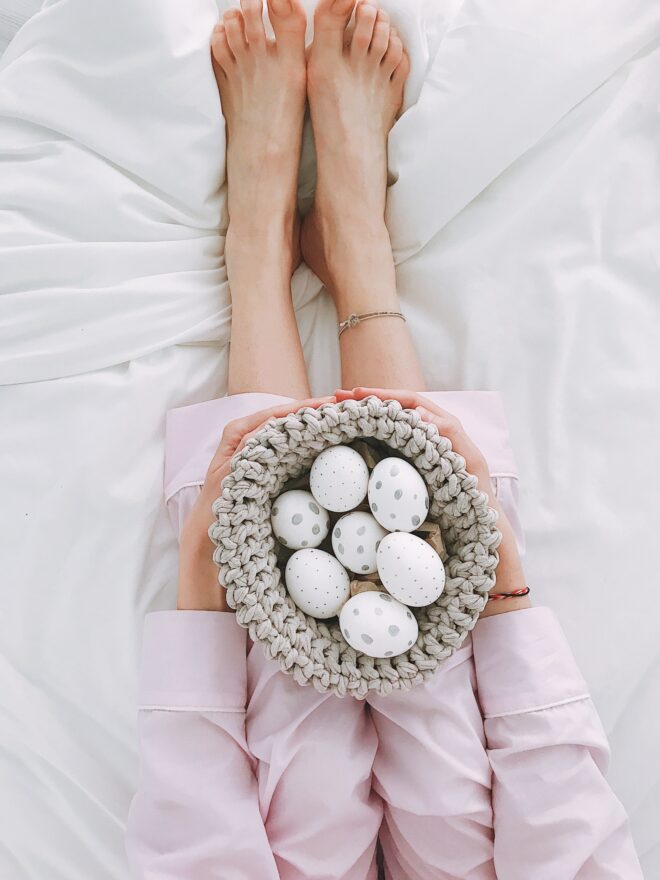 Everything you need to know about Freezing your Eggs

I remember the first time I heard about the concept of "Freezing Your Eggs." I actually read about it in The Bachelorette star Andi Dorfman's book, Single State of Mind, of all places. Originally, It had seemed like something out of a science-fiction story but after reading about her own experience, it actually seemed like a very logical step to take if you were looking to have an offspring in the distant future. I was 32 at the time and let's face it not getting any younger. I was also not in a stage of my life where I was ready to have a baby just yet but I knew I wanted to have the option someday. Unfortunately, with our biological clocks ticking, we can't really afford to keep waiting and waiting. The idea of being able to freeze my timeline seemed like an incredible choice to take.

Of course, like with any medical procedures - I had my skepticism. Is it really as easy as pushing a pause button so I can take my time, enjoy my life, and build a successful business before I am ready to take the responsibilities of become a mother? What is the success percentage that this will actually work? Will messing with my biological clock backfire on me?

I knew there was a little bit more to it than just walking into a clinic and asking them to keep your eggs until you were ready to use them again. So I sat down with Dr. Arnold Mahesan of Hannam Fertility Centre, Canada's leading fertility clinic, to give us the scoop on what actually happens when you freeze your eggs, how you can prepare for it and what the success rate is. 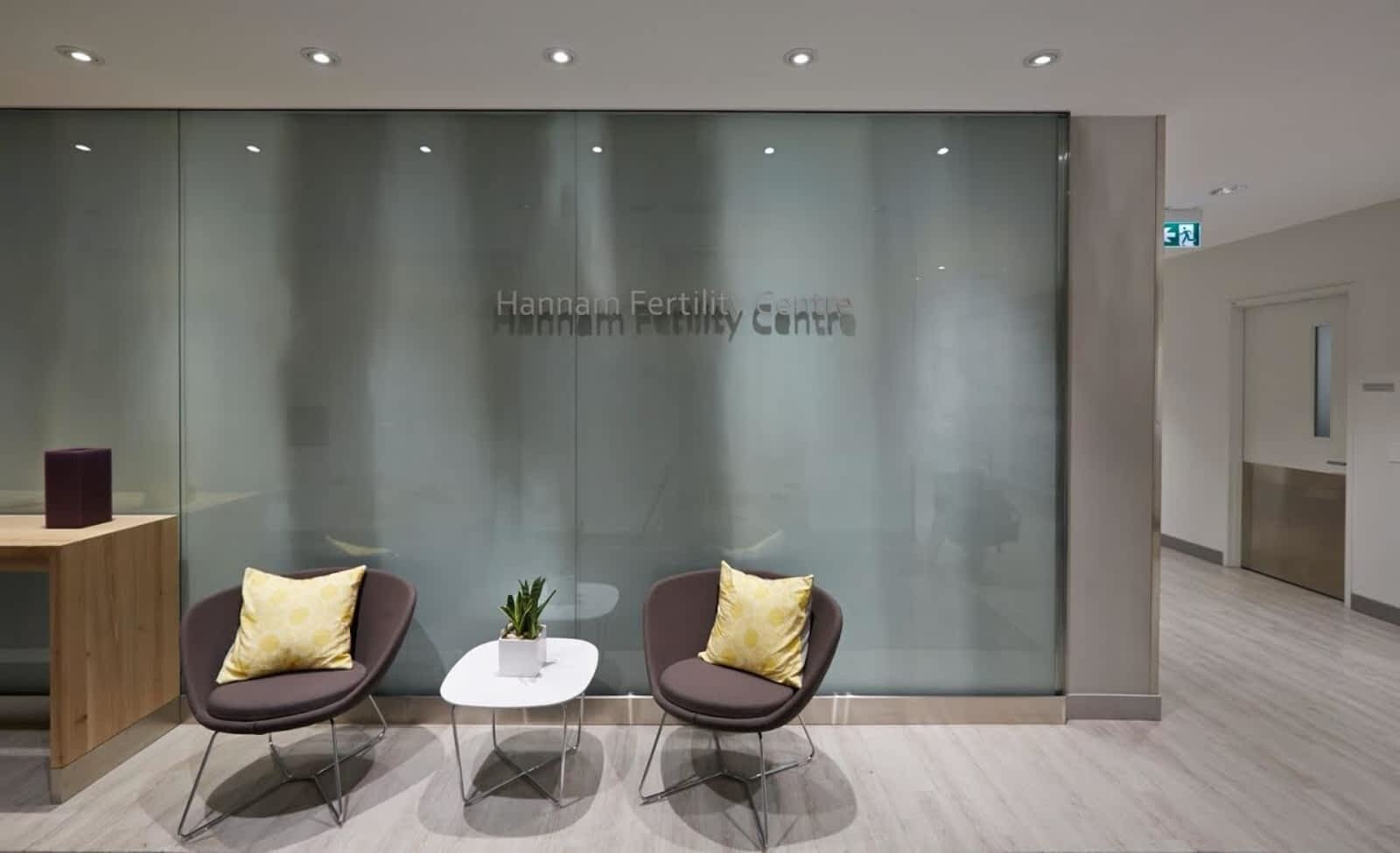 What is Egg Freezing? And can anyone just freeze their eggs?

Egg freezing is the process of having eggs retrieved from the ovaries by a minimally invasive procedure, after a period of ovarian stimulation with fertility shots, and then preserved by freezing for possible future use.

Theoretically, any woman of reproductive age could undergo the procedure. However, at ages approaching the 40s and beyond, two important changes occur. Firstly, the percentage of eggs that will be genetically abnormal increases significantly. Secondly, the number of eggs we are likely to obtain decreases as well. This means that when freezing eggs at this ages, there is a lower likelihood that these eggs will ultimately result in a live birth. 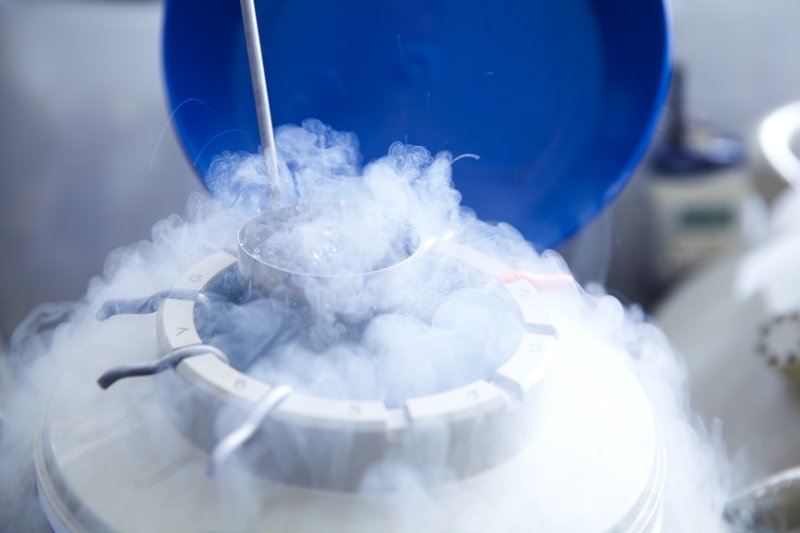 Conceiving a pregnancy does become more difficult as women move into their late 30s and early 40s. The miscarriage rate also increases significantly during this time to up to 50% by the early 40s, so the pursuit of pregnancy can be frustrating.

Conceiving a pregnancy does become more difficult as women move into their late 30s and early 40s.

Furthermore, IVF success rates drop significantly as women move into their 40s, and some women might find themselves needing donor eggs to achieve pregnancy.

Many women are pursuing dynamic career paths where they would like to delay pregnancy until a later age, and thus may encounter some of these difficulties. Egg freezing has been a good fit for women in my practice who are actresses, reality TV personalities, or professionals in finance, healthcare, technology, or the arts.

Also, many women who are undergoing egg freezing just don’t want to feel rushed into settling for a partner who isn’t the right fit for them just because they need to have a baby before it’s too late.

When should someone be freezing their eggs? Is there a particular age?

The best outcomes are when eggs are frozen in the early 30s or sooner. There is no strict age limit, but we are realistic when we counsel women that when freezing eggs at later ages, a higher proportion of them will be genetically abnormal and thus their chances of a live birth in the future will be lower.

The best outcomes are when eggs are frozen in the early 30s or sooner.

In this case, since there is no way to genetically test eggs (we can only test embryos once the eggs are fertilized with sperm) we wouldn’t know exactly how many were genetically abnormal. 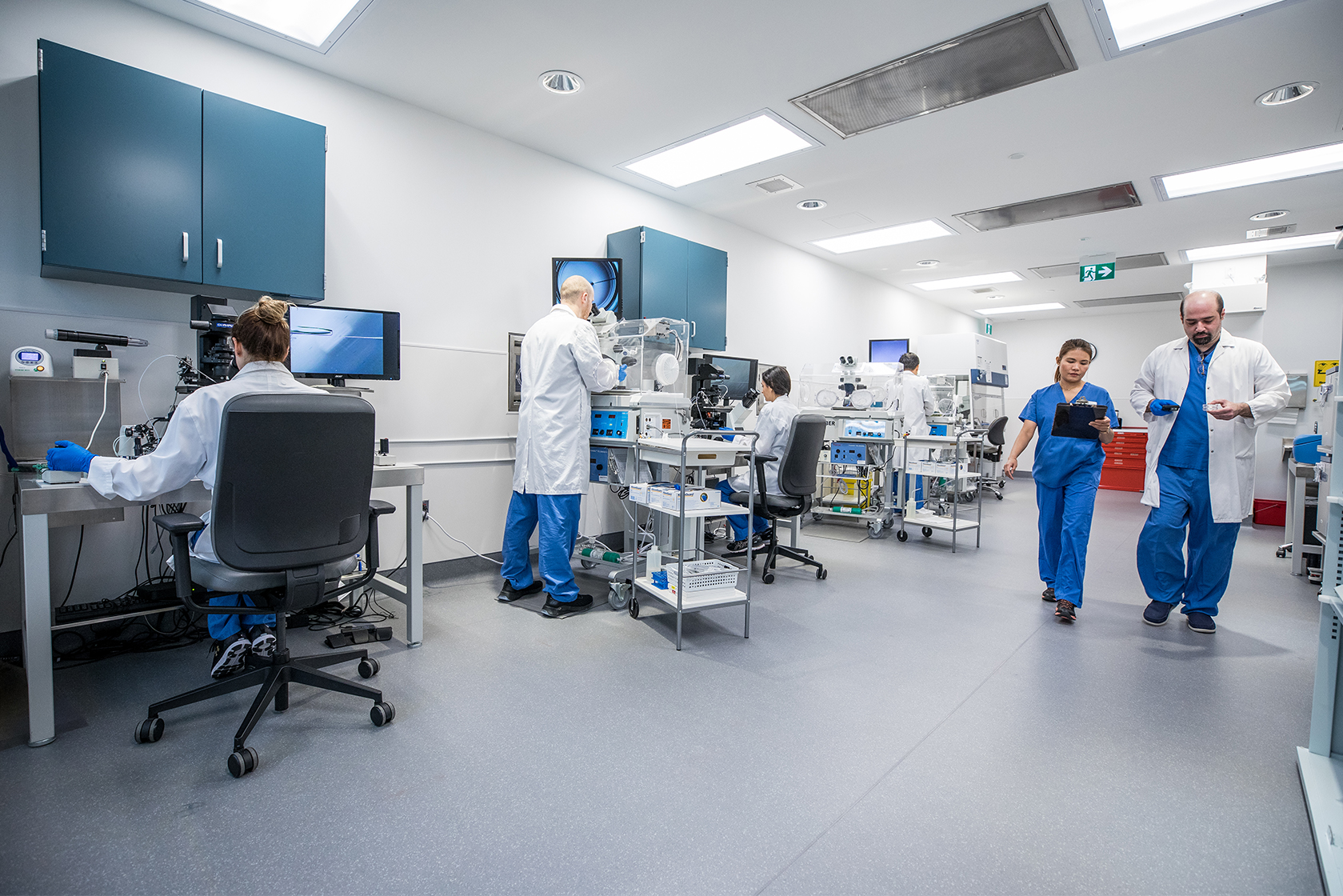 What exactly is involved in freezing your eggs? Is it safe?

Freezing eggs involves a month or so of pretreatment with low doses of female hormones to prepare the ovaries for stimulation. Then, around 10 days of fertility shots to grow as many eggs as possible. Finally, a minimally invasive procedure is performed using a needle to retrieve the eggs under transvaginal ultrasound guidance.

One possible complication is ovarian hyperstimulation syndrome, which is rare because of improved stimulation protocols, but if it does happen it typically presents with some abdominal bloating and nausea. This passes quite quickly and usually self-resolves within a week. There is also risk to the egg retrieval process including injury to structures surrounding the ovaries, but because the procedure is performed under ultrasound guidance this is also very rare, and most women in my practice return to work the next day or the day after.

Is there a shelf life with egg freezing? How long do they last for? And the longer they are preserved, does it mean there's less chance of them being effective?

An important point here is that the lab part of the procedure is invisible - meaning there can be a wide variation in the quality of the handling of eggs in the lab. The lab procedures for egg freezing are quite technically challenging, as you might imagine when handling single eggs. You will only see proof of the lab’s quality control measures when the eggs are thawed in the future and at that point it can be too late if the eggs were poorly handled and there ends up being poor survival.

I encourage women to research the quality of the lab when they make a decision to freeze eggs, and ideally use a large well-resourced network that can be held accountable to them in the future.

Our lab here at HFC is CCRM, which is a leading American embryology lab network, and the only lab in Canada that has met the rigorous standards to become CAP certified. I encourage women to research the quality of the lab when they make a decision to freeze eggs, and ideally use a large well-resourced network that can be held accountable to them in the future. 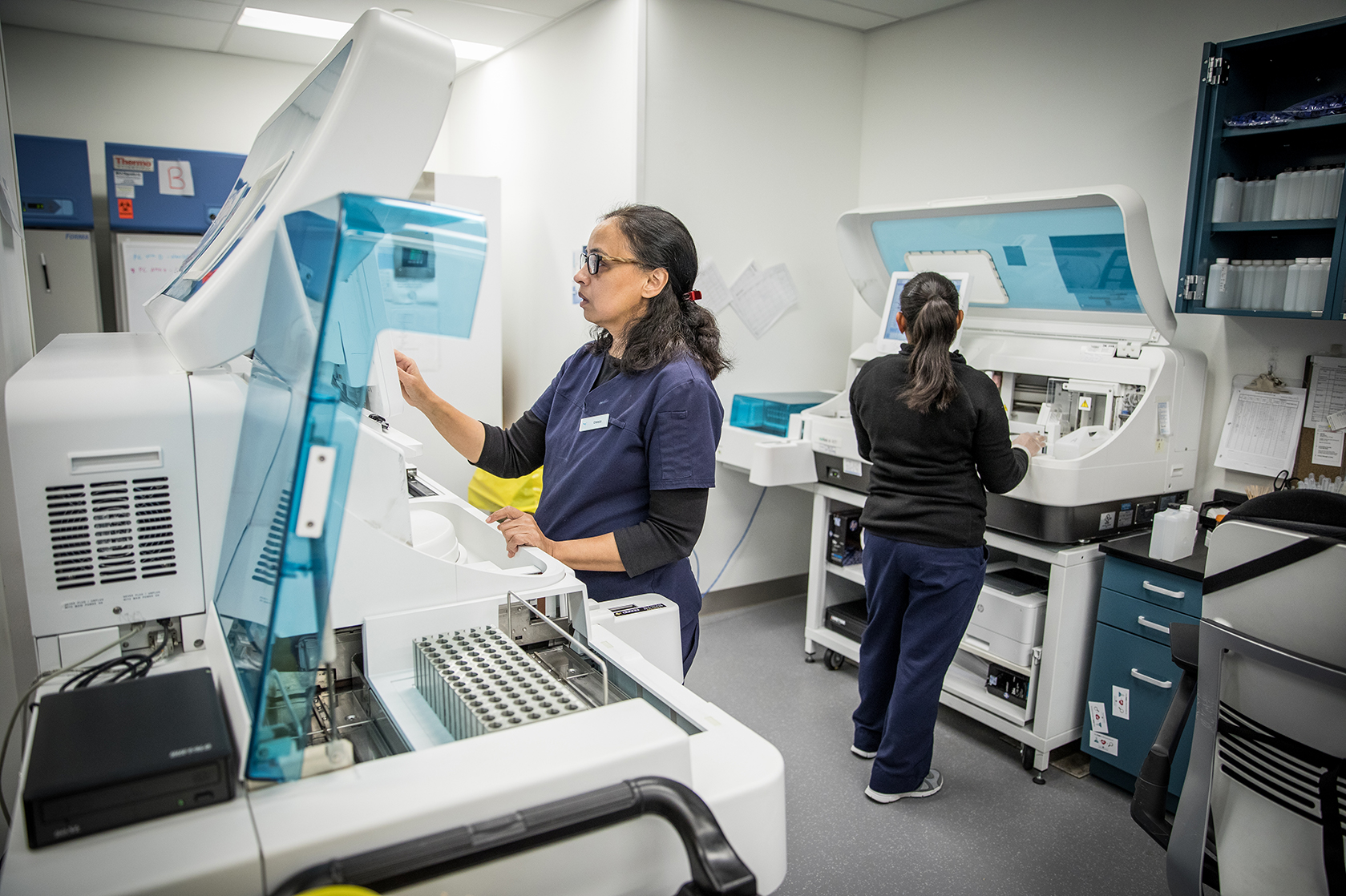 Is there a specific number of eggs that should be stored?

The number of eggs required to result in a live birth changes depending on the age at which eggs are stored, due to the larger number of abnormal eggs at later ages. In the early 30s, we like for 10-15 eggs to be stored. These can typically be retrieved in a single stimulation, but each woman’s situation is unique.

What is the success rate of egg freezing like?

The live birth success of egg freezing depends most on two main factors: number of eggs stored, and the age at which those eggs are stored. Due to that, a discussion of success has to be individualized for each patient. However for example, for only 10 eggs frozen at age 30, there is a greater than 50% chance of future live birth.

In Canada, what is the cost of freezing your eggs? Is it covered under our health care system?

How should someone prepare for this process?

Women who are considering this process should meet with a fertility doctor to discuss their goals and individualize their treatment to their particular situation.

Also, since the most important factor to success is the quality of the embryology lab, women should research embryology labs carefully to be sure they are putting their trust in a highly experienced, scientifically cutting-edge, and well-resourced fertility network. 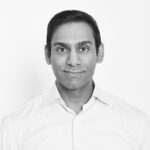 Dr. Arnold Mahesan is a Reproductive Endocrinology and Infertility physician at Hannam Fertility Centre, Canada's leading fertility centre. He has a special interest in mind-body medicine and his focus is supporting each patient’s unique path through their fertility journey to achieve the best possible outcomes with an unmatched level of care.